Interesting discussions at this week’s Alternative Book Club where we had all chosen a film or TV tie-in.  I (and most others!) had somewhat perversely chosen books of which we had not seen the screen version, but this didn’t stop us having a lively spat on the relationship between the two genres.

My own choice was Last King of Scotland by Giles Fodden which I found a disappointing read and could only guess that a good deal of editing/reworking had been done to create such a successful film. I also thought it unusual, although not impossible, for a film to actually improve on the experience of reading a book, on the basis that the film usually ‘left bits out’ in order to get the job done in 90 minutes. However another member argued the opposite – that a film often adds plot to make up for the weight of descriptive writing that doesn’t translate into air time. Sadly, when put on the spot, neither of us (possibly because we’re not the most avid cinema goers) could actually think of examples to back up our argument! Since then it has occurred to me that lots of films have come from short stories – but does this suggest film looks for something concise, or that the film-maker has expanded the original to suit?

Going to back to films that I have preferred to the book, the first one that springs to mind is Michael Ondaatje’s The English Patient, where I felt the film gave a more coherent and powerful narrative than the book – or was it just that I had seen the film first? Other candidates I think might be the Merchant Ivory  treatments of E.M. Forster whose writing in Howards End did strike me as dreadfully sententious. 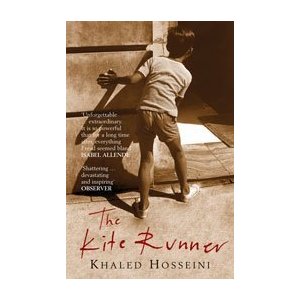 The good news of the evening was that someone had brought along a title (The Kite Runner, by Khaled Hosseini) that had been successful in both departments – book and film.

Conclusion? I think I need to get out more, preferably to the cinema.