Last week I mentioned a great new short fiction collection by L. M. Brown. The stories in Treading the Uneven Road are linked by a strong sense of place with some  characters reappearing. In tone it reminded me of Donal Ryan’s The Spinning Heart. So here is Lorna, as promised,  to tell us more about herself and her writing.

Please tell us a bit about yourself, your writing and other lives 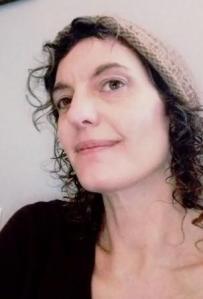 I like that, other lives! Well, I am a wife to a wonderful husband and a mother of three daughters who keep me on my toes, and I am an avid swimmer, who likes to escape into my room for some yoga. All my girls were born in Galway, but we’ve been living in Massachusetts for eight years now. We moved here to be closer to my husband’s family and also because I thought I needed more for my writing. At that stage, I’d been writing for seven years, whenever I got the chance, which was mostly nap time and early morning. I’d written a few novels, broken every rule in the book, and felt I’d reached a plateau that a move might help. I never thought that I’d end up doing a Masters in Creative writing with Emerson College. The course helped me to read like a writer and helped me to write more clearly.

In most of my stories and novels the characters are affected by the past and they make decisions based on everything that has happened to them, which I think is true to life. It’s hard to know the reasons why a person acts the way they do without knowing everything about them.

Treading The Uneven Road began as my thesis for the Masters. I started the collection wanting to examine people on the fringes of society and what led them there. One reviewer wrote the stories are about the loneliness of people who can’t bring themselves to talk about what keeps them apart or might bring them together. I like that, because in reality people don’t talk freely about what is going on. They don’t have the tools never mind the urge to show, so in most of my work what is left unsaid is the crux behind the story.

You live in the US but Treading the Uneven Road is Irish through and through. Do you always draw on your home territory for inspiration?

I don’t think it’s the location or territory that gives me inspiration. The ideas for stories are more character-based or like Patient 55 they begin with an idea (in this case a drug that could get rid of bad memories. But in saying that, the fact that Treading The Uneven Road was based in my home village and set in 80’s and 90’s Ireland really was important for the stories. I use Irish imagery like the statue of Our Lady and also the beauty of the country with the river running through the village. The stories wouldn’t be as rich if they were set anywhere else. The same can be said about my novel Debris, which was published last year and is set in a fictional housing estate outside Dublin. So yes the Irish-ness of the story is an important element of it and I do think when writing a story set in Ireland, I am more rooted in the story.

Were you always drawn to the short story form or is this a new direction in your writing?

No, I started writing novels first and only started trying short stories when I moved here. Now, I couldn’t imagine not doing both. I like to write a collection between each novel because the short story is so quick and needs to be harnessed and held in a way the novel doesn’t.  To write in different forms, I believe, helps you as a writer.

I personally think that the lines between a short story collection and a novel are becoming blurred. With its many connected stories and families did you ever consider writing TTUR as a novel – or even just marketing it as one?

That’s an interesting question. I never thought of TTUR as a novel, though it does read like one given how the stories are connected and the characters weave in and out of each other’s lives. But it would feel wrong to try and market TTUR as a novel, because unlike chapters of a book, each story stands on its own and it isn’t necessary to read the one before or after. Mostly though, it would feel wrong because the book isn’t about one particular character or journey, but nine people who are all important.

Do you have a favourite story or character from the book?

I immediately think of ‘Sacred Heart’. I love it for the span of time it covers and the way we see the brothers grow up together and then apart.
(Ali – yes, my favourite too!)
There is loneliness to it, but there are also funny moments because of the man Dick is. But it’s difficult to pick that as a favourite because I love ‘White Trout’ for the way it uses Irish folklore to bring people together, and ‘Blackbirds’ for the ending, or Amends for Patrick’s humour. They all have something unique to them.

Do you think any of the characters in this book will recur in your fiction? (Just thinking some are worth a novel in themselves!)

Thank you! I plan to go back to that village and do another linked collection someday so yes, I would very much like to see those characters again.

Was it harder to find a publisher for your short story collection than for your novel?

What are you currently reading – and who are your favourite writers?

I just started reading Cormac McCarthy-The Road, last night. And within a few pages I had to stop and think wow. He wrote-“They set along the backdrop in the gun metal light, shuffling through ash, each the other world’s entire.”

And what are you currently writing?

I  am now doing some revisions for Patient 55. Before that, I’d recently finished my novel Our Wandering, some of which takes place in the same fictional estate in Dublin. I was planning to write a collection.  But with the Government shut down and everything going on, I realized I needed to write something about what’s happening here.

Many thanks Lorna! I’m looking forward to seeing what you do next.

Treading the Uneven Road is available on pre-order. 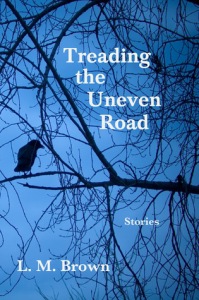