Maybe it’s because I was brought up a stone’s throw from the first Carnegie Library, but aside from a brief flirtation with book clubs and a couple of periods in my working parent days when I never had time to get to the library, I’ve always read a lot more books than I have bought, which is my excuse reason for not having splashed out (so far) on a Kindle. But a few months ago I did download the Mrs. Kindle for PC, not to try and replicate the Kindle experience ( I know an e-reader bears no resemblance to reading from a screen) but to be able to download sample chapters of books that had piqued my interest.

And very handy it is too. In view of my tendency to judge the book by its blurb if not its  cover, it has proved a good way not to make mistakes when scouring the library
catalogue or forking out hard-earned cash. This week with an Amazon gift certificate burning a virtual hole in my virtual pocket, it has been working overtime, and because Amazon is now a broad church of mainstream, independent and the self publishers, I have been casting my net widely amongst the offerings of fellow writers and Twitter friends as well as books thrown up by broadsheet reviewers as ‘must reads.’

As a result my TBR list is growing fast and I find myself the owner of a considerable ‘slush pile’ needing to decide where I am going to spend my money (on ordering) or my time (on sourcing elsewhere). Yes, most of these books have already been pre-selected by a publisher, but without the distraction of a clever cover and enticing blurb, the format provides a level playing field on which only the writing can persuade me to get engaged with the game. And so I’m a bit
like an agent who opens every email or brown envelope to find the same kind of
package – three chapters, double-spaced – and has only a short time in which to
make a decision.

So what am I looking for?

First of all, safety. By which I mean the feeling of being in the hands of a writer
who won’t let me down. This isn’t about dazzling me with brilliant writing but
about not making the kind of mistake – in grammar, syntax, punctuation or style
– which might remind me this is a piece of prose composed by a fallible writer, rather than the doorway to a new world. Advice to writers (and editors) ? Get it right! A typo or a line of woolly dialogue might pass me by on page 100, but if it jumps out at me on page 1 – you’re sunk!

Next is information, because I need to know where I am. It
might not be in a strictly  geographicalor even chronological sense but within a few paragraphs I need information about where this story is set – a hospital, a university, a woman’s tortured psyche It’s also about genre – what kind of story can I expect – is it love? Excitement? Murder? Or is this a multi-layered story that is going to reveal itself more slowly? Show me where I am, don’t tell me, because I like to work it out for myself. Do it well, do it quickly.  And of course, whatever you promise me on page one – you will have to go on to deliver (on which Sarah Duncan has excellent advice).

Next is almost the opposite of information – intrigue. New writers often start with a scene of high drama – car crash, gang warfare, murder or rape. But I don’t need to be shocked on page one, I need to want to know what happens next. Questions have to be raised – (why did she not tell her father? Does she or doesn’t she fancy her boss? Is the man who just entered going to be a saviour or a scoundrel?) Because I’ll only read on to find the answers.

So really, that’s it. From my point of view, if it reads
well and I want to read on, you’re in business. An agent will have other
considerations to do with their own list and the prevailing market, but these
are additional to what I’ve spelled out here. Do this and you (me, all of us)
are in with a chance.

By the way my first three choices are all very different, but all of them ticked the boxes straight away. Here they are in no particular order. 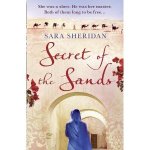 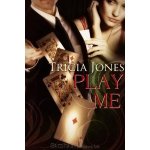 6 thoughts on “Mrs. Kindle and the Slushpile”