I’d like to thank my host at The Victorianist for publishing my post about David Octavius Hill. The article presents the bare bones of a story I’ve been unravelling for a while and which gets more interesting all the time.

For instance, David Octavius Hill was so called by dint of being his parents’ eighth child, but it was only yesterday that I investigated his siblings other than the brother and sister I already knew of.

What I found* was this. Between 1794 and 1804, Hill’s mother had twelve children, of whom one was still-born, two (twins) died aged around two years, as did a subsequent boy, and two more died at less than six months old. Of those who survived into adulthood, one died of consumption in his early twenties. In other words, only four of Thomas Hill’s children outlived him. He  was a reasonably successful businessman, probably better off than many of the townspeople of Perth, and yet he and his wife had to suffer what today we would think of as unbearable loss.

It’s a useful reminder of how hard life was when Victoria came to the throne. 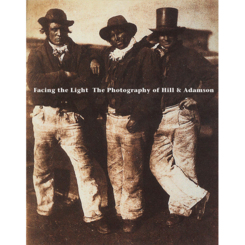 But here’s some happiness in the gloom. The National Galleries of Scotland, curators of one of the major collections of Hill & Adamson photographs are offering the 2002 Facing the Light: The Photography of Hill & Adamson at the bargain price of £4.95.  It’s an excellent overview and contains many of their most memorable images. I already have the book and can heartily recommend.

2 thoughts on “The Victorianist – and a sad addition”