We first came to Bristol way back in the 70s, not long after Brunel’s SS Great Britain had been rescued and towed all the way back from the Falkland Islands. Like Concorde it was very much part of our new neighbourhood.
Since then we’ve seen the ship restored to her former glory and now transformed into a key visitor attraction. I last visited two years ago with a party of children from Belarus who loved the interactive exhibits and of course the dressing up. 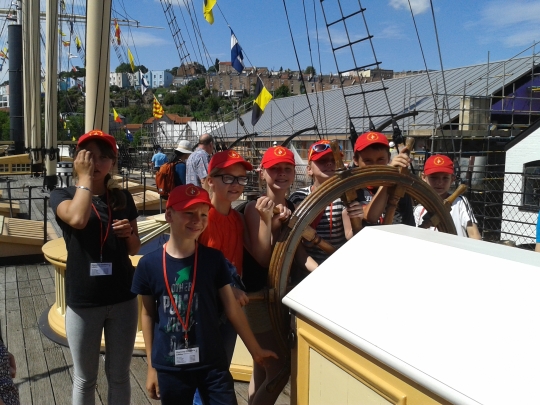 But there’s always so much to see, I didn’t hesitate when a ticket offer came up, especially with the summer spectacular season under way. 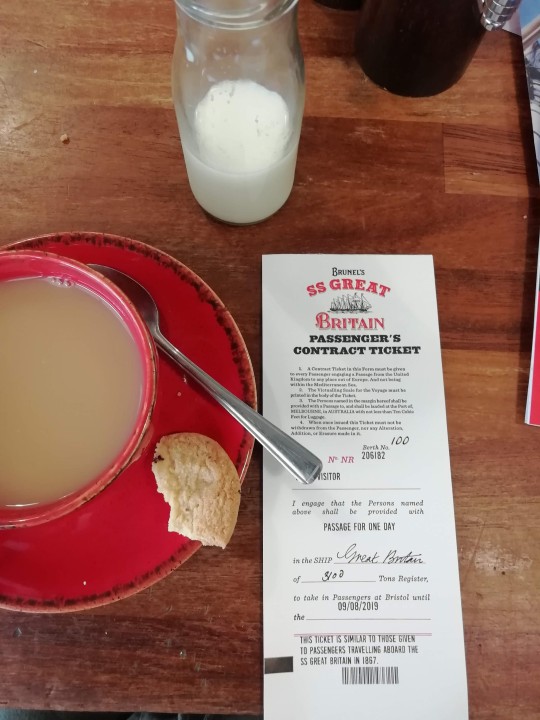 With a storm heading in it didn’t look at first like the best day to have chosen and we were warned that climbing the rigging wasn’t going to be available (shame!) but even after a hasty pit-stop in the Harbourside café the rain was holding off and we caught end of the Invisible Circus  dock-side performance in which three characters from the 1850s were boarding – with some hilarity! – for their maiden voyage. 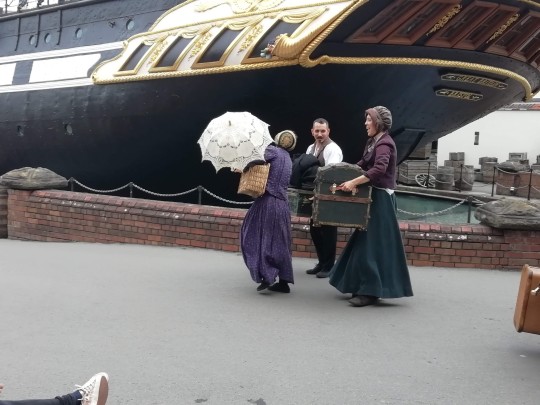 From there it was straight to the museum which forms a walkway onto the ship itself. This is packed not just with historical artefacts but also loads of interactive exhibits (steer the ship, lift the propeller!) and designed on three levels so you feel you are already on board and don’t mind spending time taking it all in.

Out on the weather deck (that’s the top deck to you and me) the clouds were massing and a sudden shower sent us scurrying below where we caught up with those first-time sailors who were having some trouble settling in to their new quarters.

Like the museum, the ship is all about experiencing life on board – from first class to steerage, and from the Doctor’s Surgery to the kitchen (watch out for that rat!), from luxury dining to swabbing the decks.

By the time we’d emerged the rain had passed and the rigging was being climbed after all by kids of al ages.

Much to scary for me! And I suddenly thought of a song we learned at school.

So hats of to the sailor boys today, I would have been lying very low indeed!

Our last stop was outside the ship but inside the original dry dock, carefully dehumidified to avoid any deterioration in that famous iron hull. It’s a lesson in the scale of the engineering and of the ship itself.

On the way back through the gift shop I also stole a look at the (new-to-me) Brunel Institute – a resource centre with library, archives and learning space. 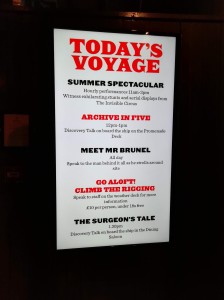 The SS Great Britain is a beautifully designed all-weather attraction whch ticks pretty much every box there is. Even on a busy day in August it didn’t feel too cramped  and apart from the aptly named weather deck, everything else is under cover. It’s a fantastic asset to the city and on our visit we were surrounded visitors from all over the world (non-English speakers catered for with audio guides).
But even for us locals it’s always worth another visit. There’s so much to see you’ll never absorb it all and every time I go I learn something new. And right now the summer spectacular  (running until September 1st) adds a bit of clowning, comedy and dare-devilry to what’s already a fascinating day out. 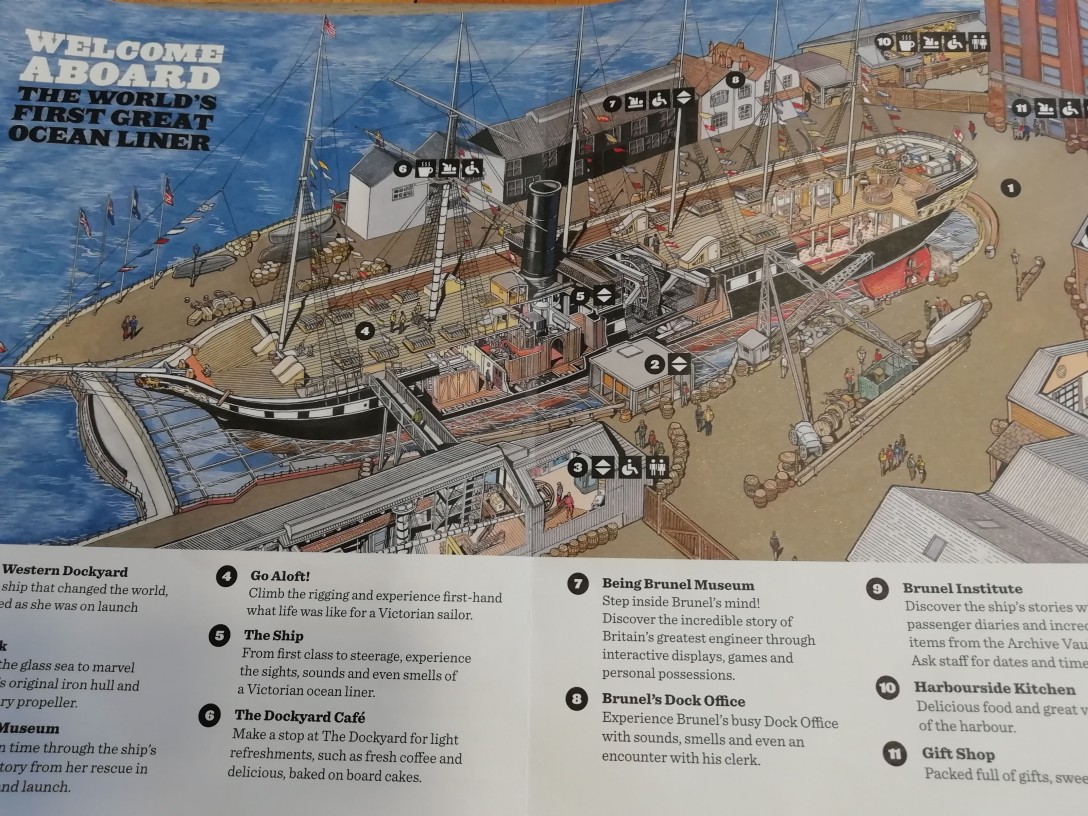 Thanks to Brunel’s SS Great Britain for providing tickets in exchange for this unbiased review.

Still in sea-faring mode? That song  is called The Mermaid. There are plenty of folk versions on line but I like this one, ‘a traditional resource for children, teachers, child care providers, librarians, parents and grandparents or just nostalgia enthusiasts.’ I think I fit into most of those categories!